1919-1924 WEIMAR
JAPANESE
The birth of the Bauhaus
The history of the Bauhaus goes back to the Arts and Crafts movement in England in the 19th century. In 1896, the Prussian government sent Hermann Muthesius to England for six years to explore the secret of the success of this movement. Following his suggestions after his return to Germany, the government expanded the private schools for handicrafts with proper workshops and appointed advanced artists as teachers. As a result, the production of furniture, fabrics, and metal goods began with the energetic use of machines, Germany overtook England and became an industrial country. At the same time, the Deutsche Werkbund was founded in Munich. It was committed to the dissemination of excellent designs and the promotion of industry, Twelve prominent architects, including Hermann Muthesius, Peter Behrens and Henry van de Velde, were founding members. At the same time, 12 associations and companies, such as the silverware factory Peter Bruckmann & Sons and German workshops for handicrafts in Dresden, joined the Werkbund. In legal terms, this meant that these companies employed architects as designers. For example, AEG hired Peter Behrens, who designed all products from a kettle to house architecture following an overall concept for the first time. Walter Gropius joined the Werkbund a year after earning a reputation with the Fagus Factory.
When Henry van de Velde, a foreigner, was ousted in 1914 from his post as director of the School of Arts and Crafts in Weimar, he recommended Gropius as his successor. When the Weimar School of Art was expanded in 1919 to include a department for architecture and one for handicrafts, Gropius was appointed as its new director. On April 12, 1919, the “State Bauhaus Weimar” (an amalgamation of the former Grand Ducal School of Applied Arts Weimar and the former Grand Ducal College of Art Weimar) was born as the most modern art university.
Gropius propagated the Bauhaus manifesto all over Germany and also referred to a new primary direction for schools. It is said that Gropius was inspired by Bruno Taut, whom he much appreciated. For example, in his “Architecture Program” published in 1918, Taut wrote: “Then there is no boundary between the arts and crafts or plastic or painting, everything is one thing: building.” For Gropius, this meant: “Let us together create the new building of the future, which will be everything in one form: architecture and sculpture and painting.”
（Reference: Magdalena Droste, Bauhaus, Taschen, 2011） 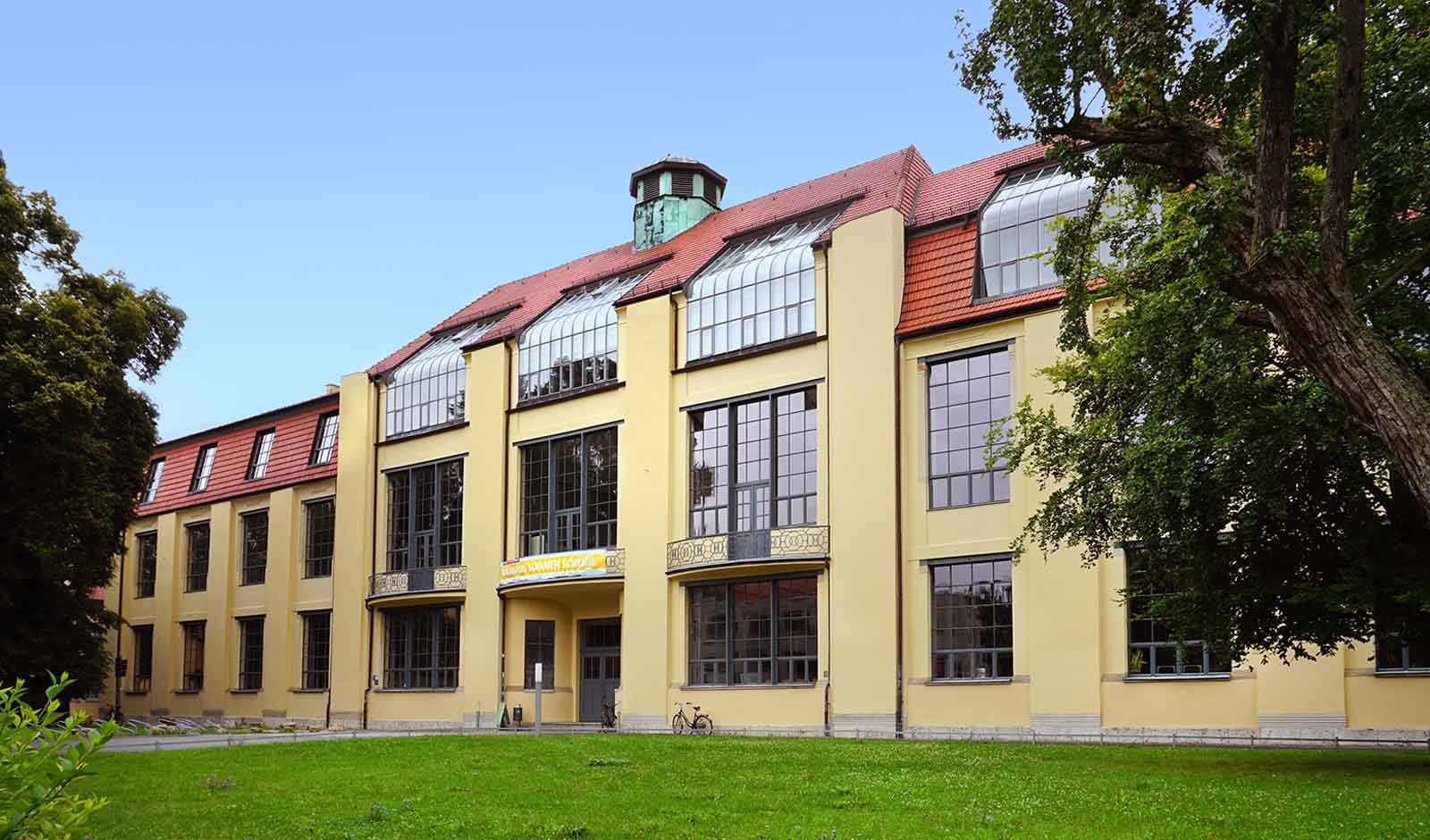 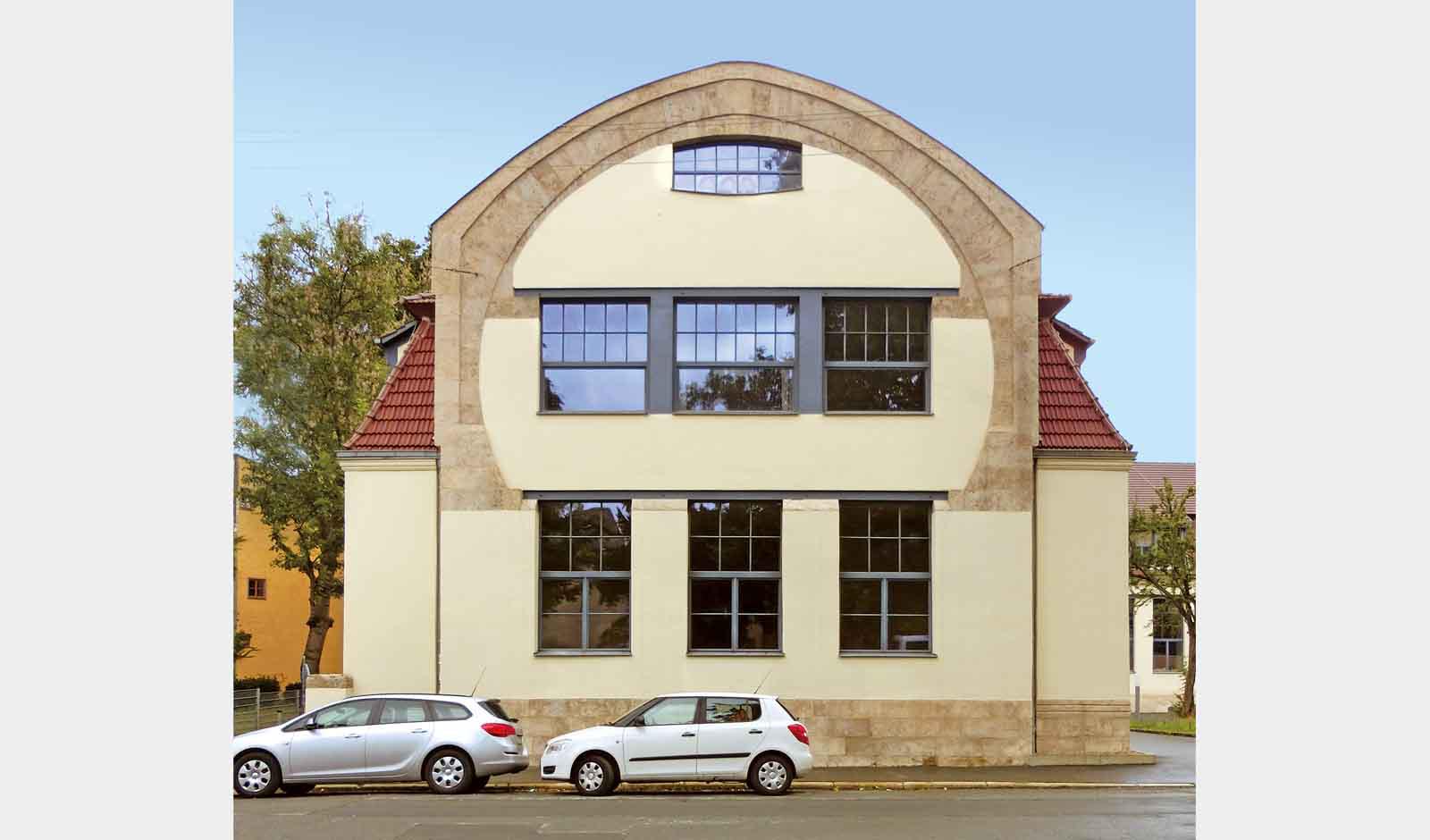 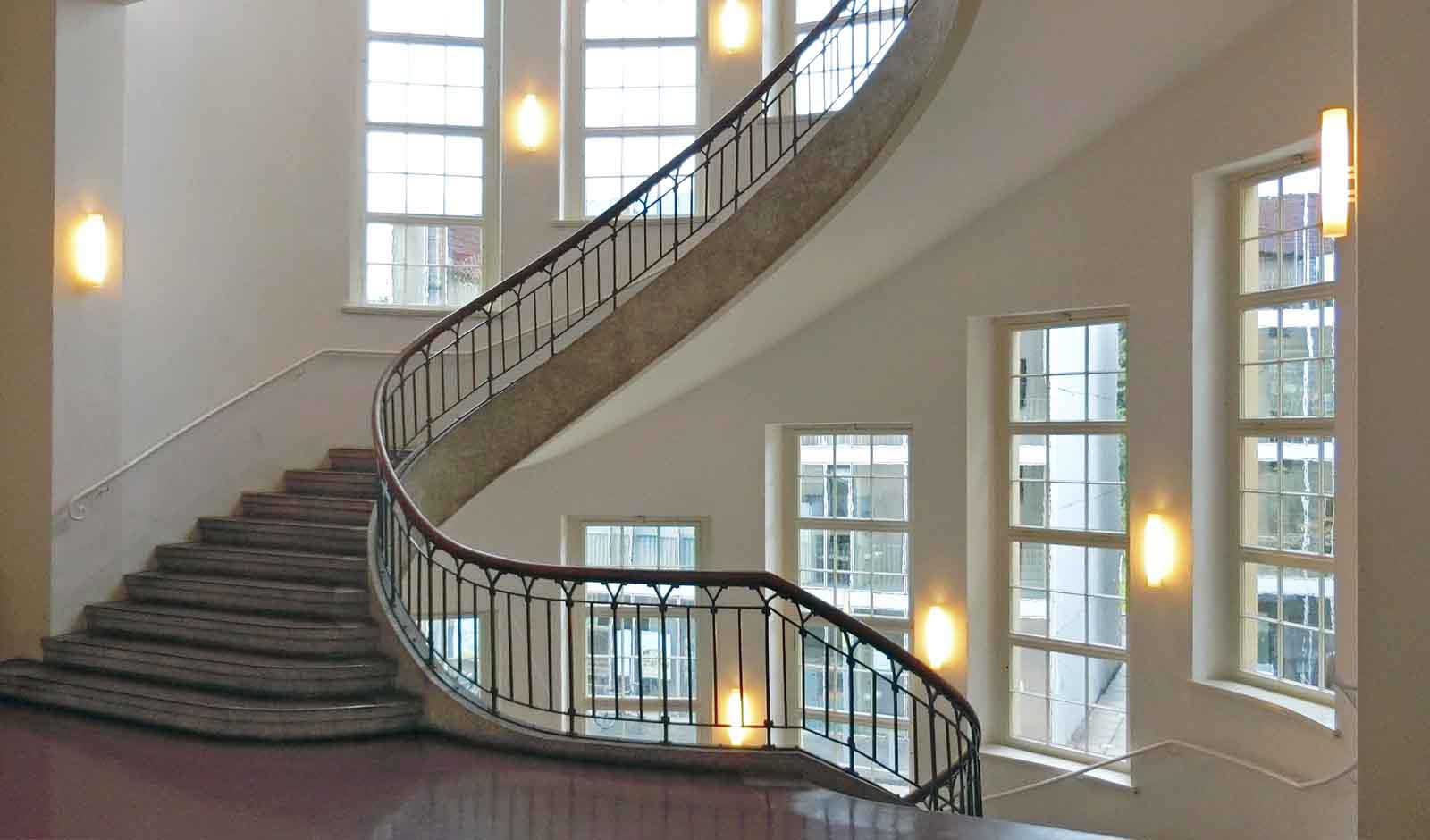 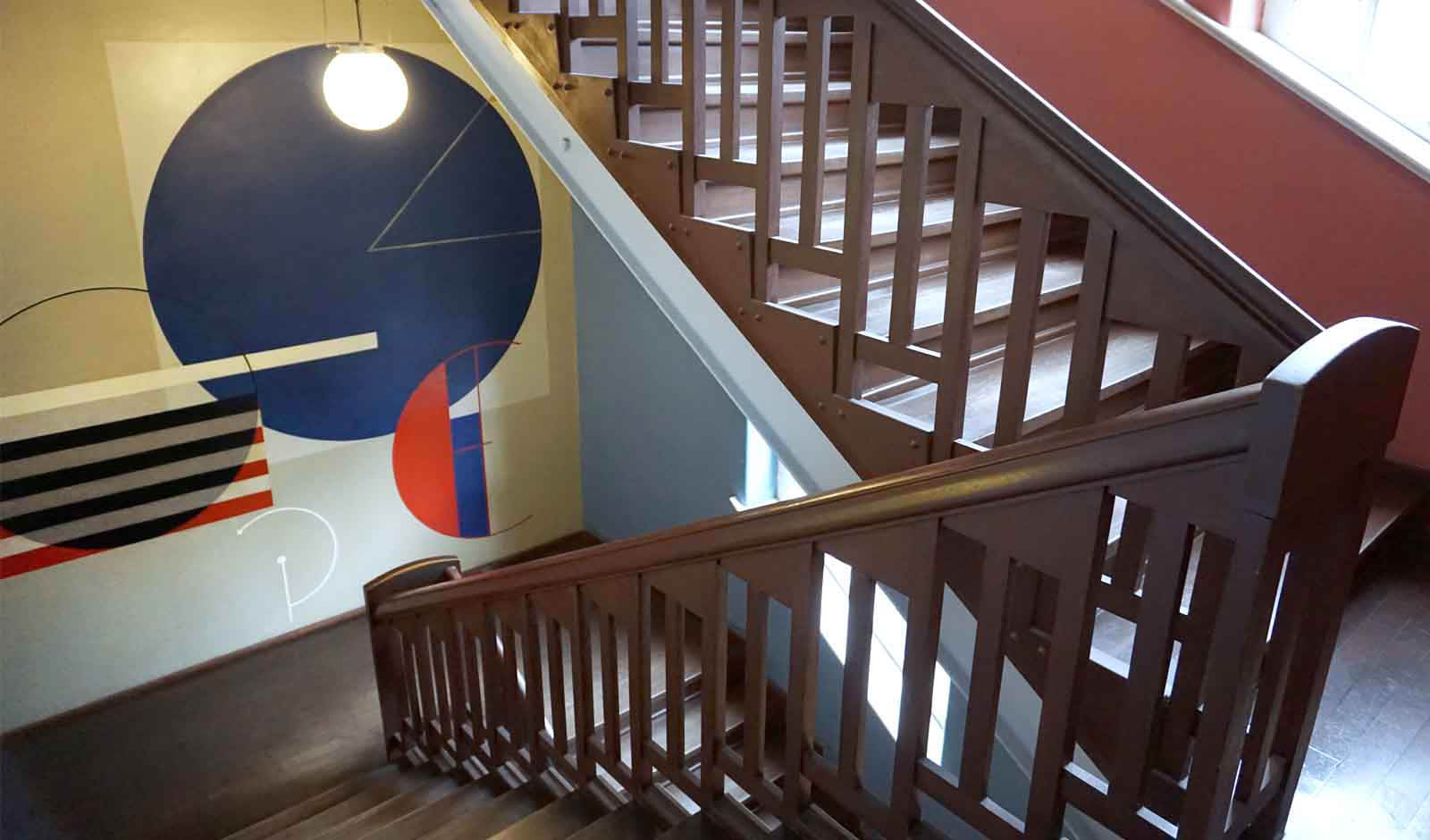 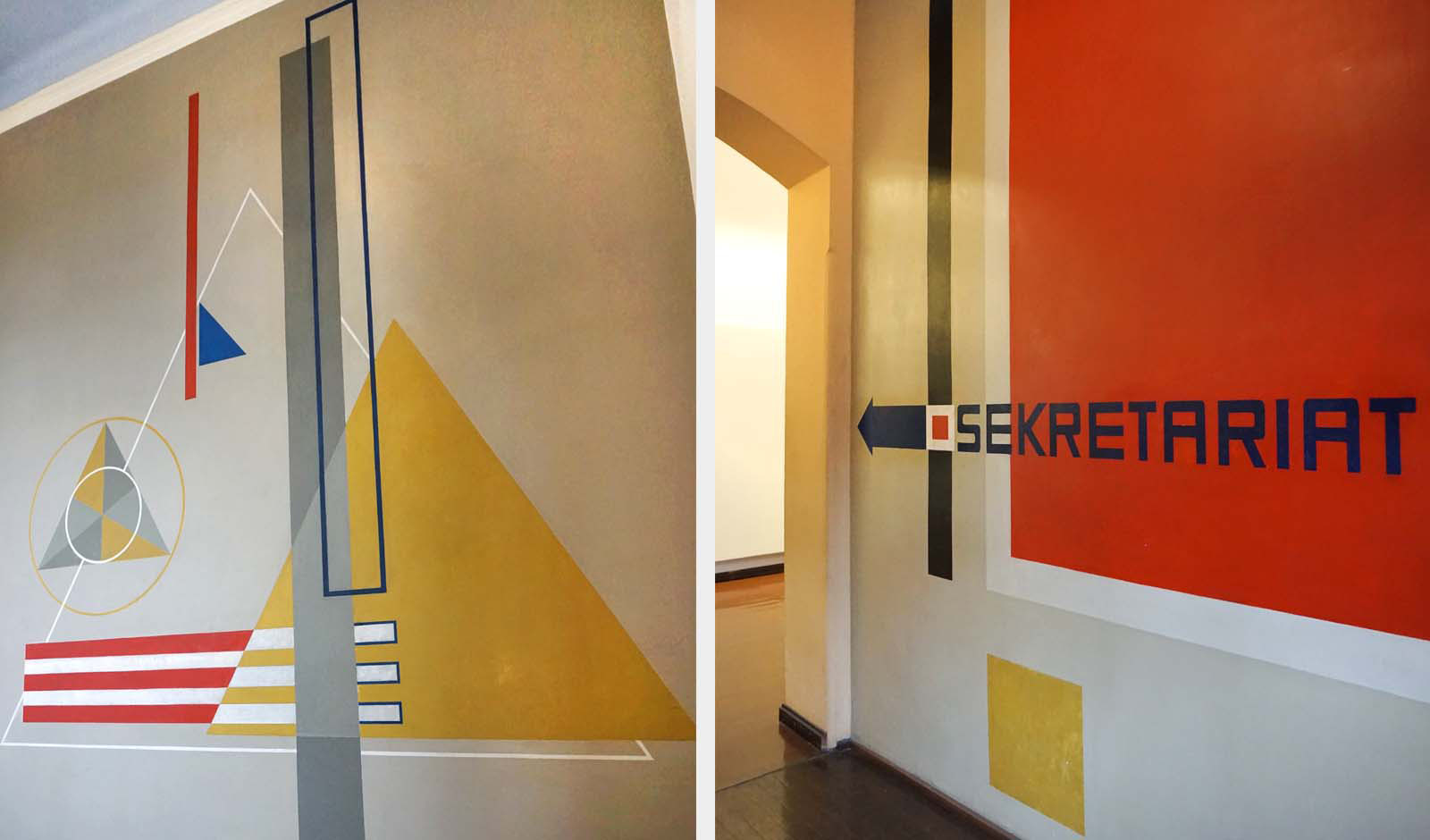 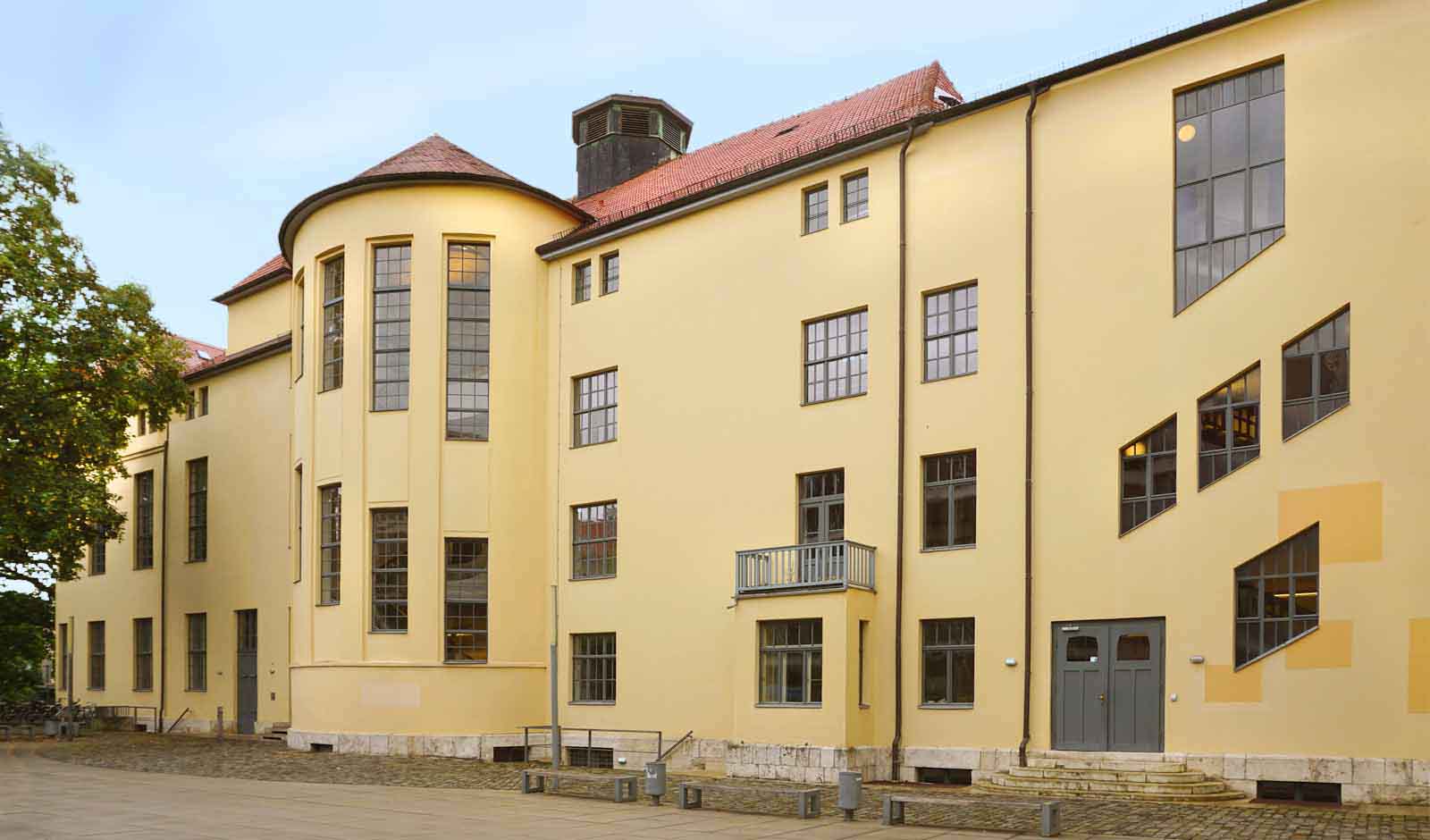 Bauhaus
Universität
1911
Address: Geschwister-Scholl-Strasse 8, 99423 Weimar
Design: Henry van de Velde
Two school buildings designed by Henry van de Velde were used from the establishment of the Bauhaus in 1919 until it moved to Dessau in 1925. The main building became the headquarters of the Bauhaus. There is a beautiful spiral staircase in the Art Nouveau style designed by Velde in the center. There are also geometric murals by Herbert Bayer, who studied at the wall painting workshop of the Bauhaus. The small building with a horseshoe-shaped roof was used as a workshop. Today, these are part of the Bauhaus University and were used by students of the four faculties of architecture and urbanism, civil engineering, art and design, and media.
Photograph credit:
© Yuki Sugihara and Toshihiko Suzuki, “NICHE”, Atelier OPA. 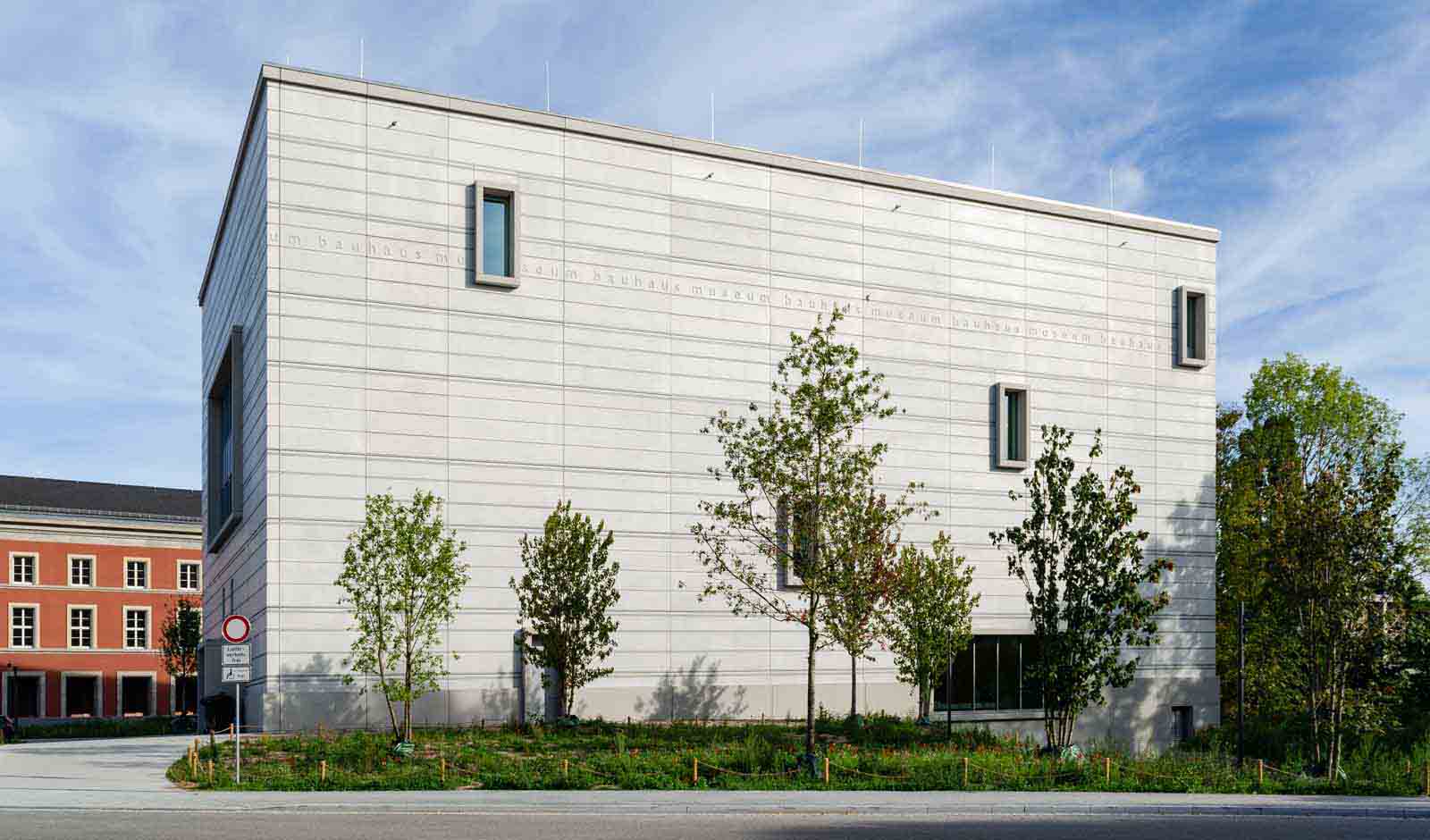 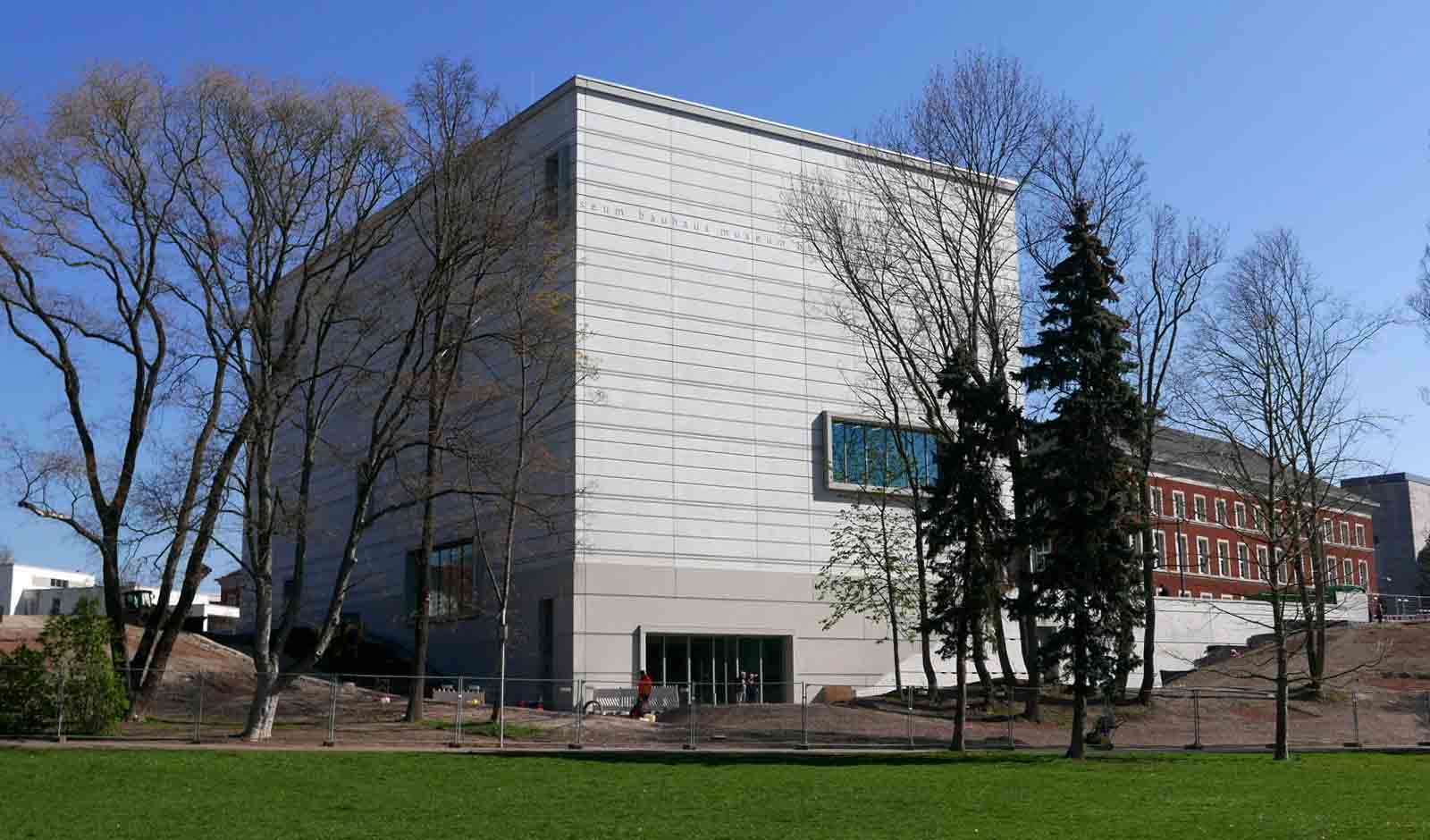 Bauhaus Museum Weimar
2019
Address: Stéphane-Hessel-Platz 1, 99423 Weimar
Design: Heike Hanada
A museum was opened in April 2019 to commemorate the 100th anniversary of the establishment of the Bauhaus. It has over 200 exhibits related to the Bauhaus. Works of art by students formerly enrolled in Weimar are particularly worth seeing. These include the pearwood chairs and children’s chairs by Marcel Breuer, who later designed the Wassily Chair from tubular steel, and table lamps with a hemispherical shade made in the metal workshop by Wilhelm Wagenfeld and Karl Jacob Jucker. Moholy-Nagy László’s paintings inspired them.
Photograph credits:
Bauhaus Museum Weimar– view from the northwest. © Steffen Schmitz (Carschten) / Wikimedia Commons / CC-BY-SA-4.0
Neubau des Bauhaus-Museums in Weimar, April 2019, kurz nach der Eröffnung. © Geolina163 / Wikimedia Commons / CC-BY-SA-4.0 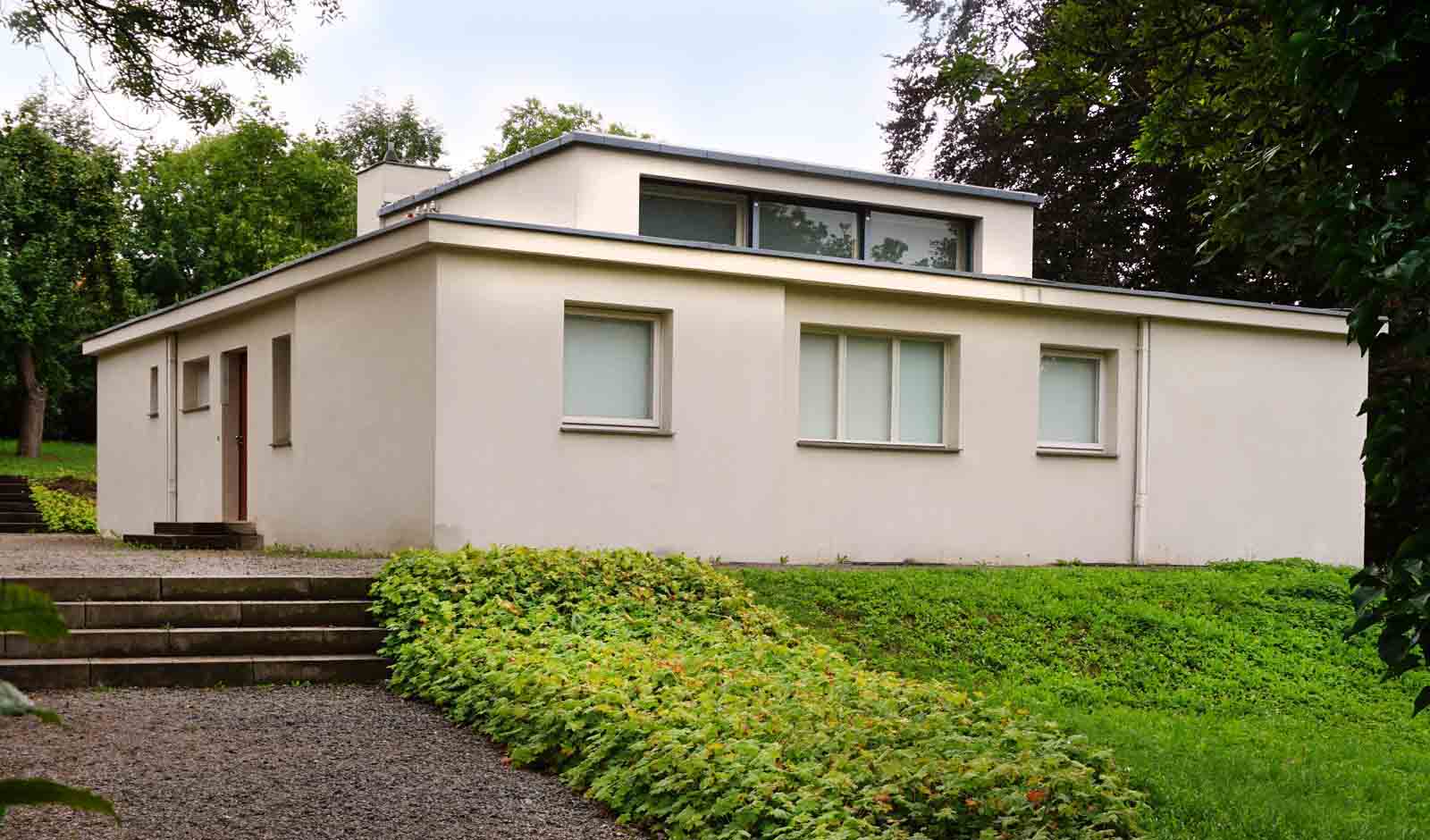 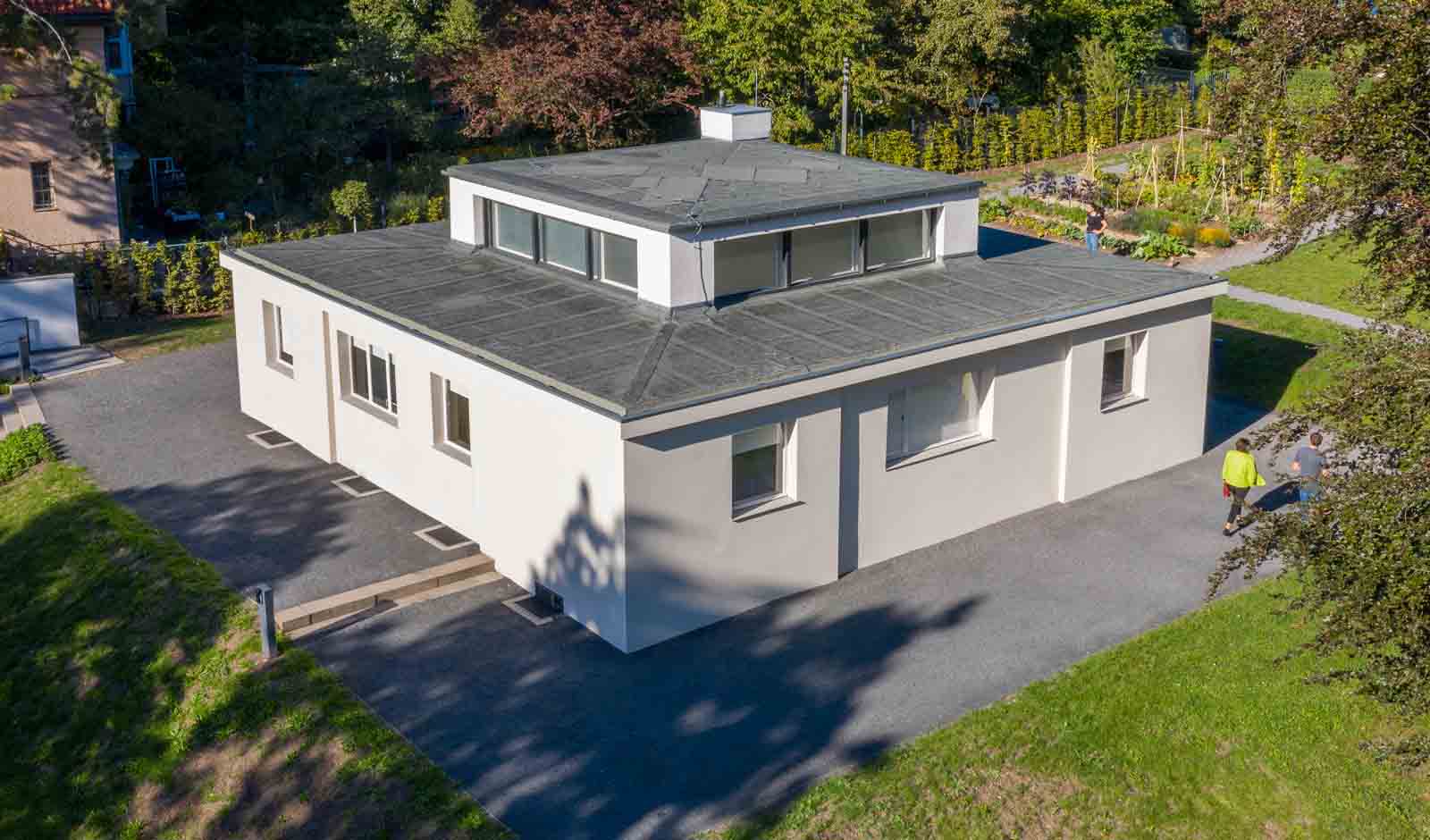 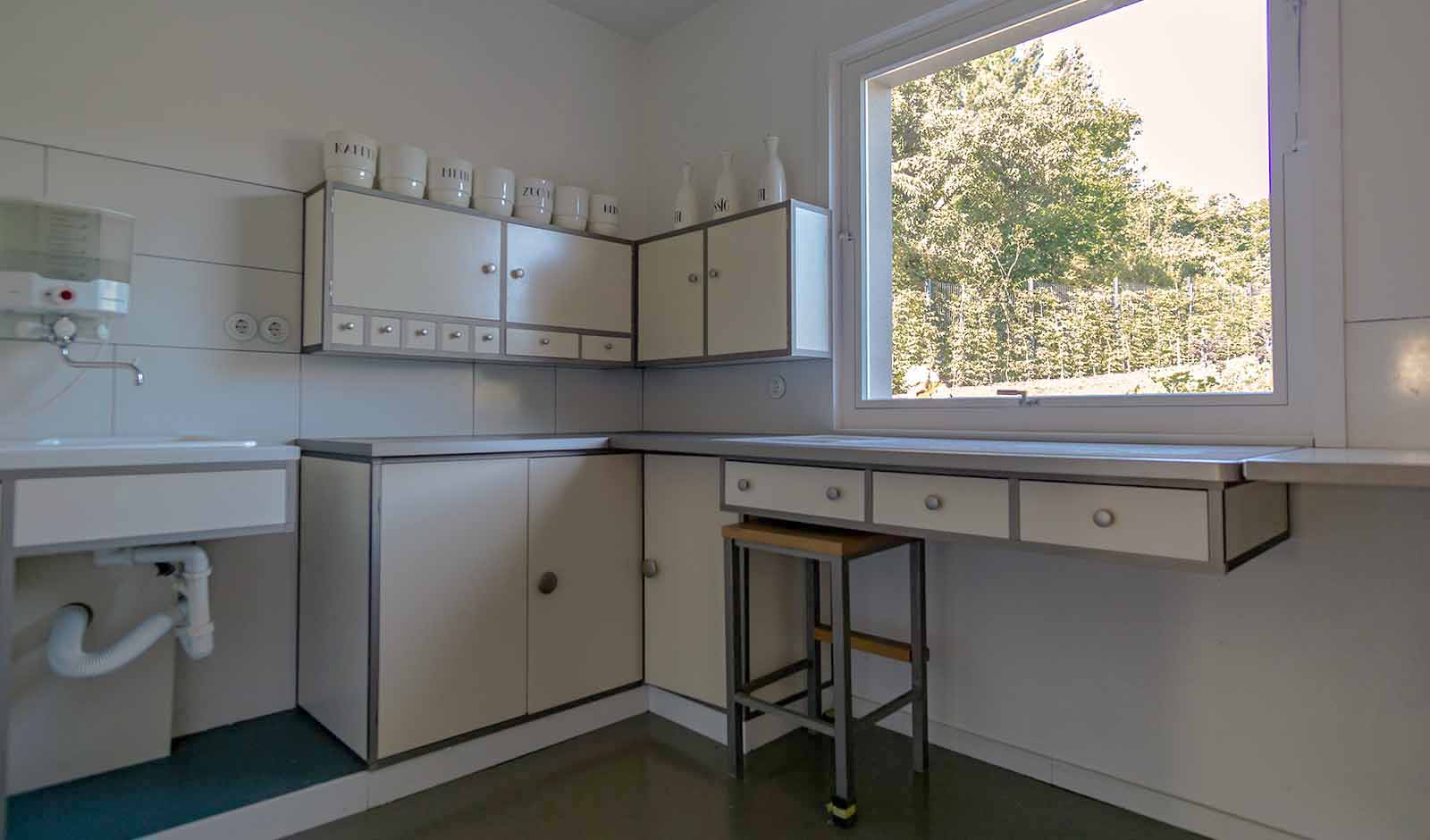 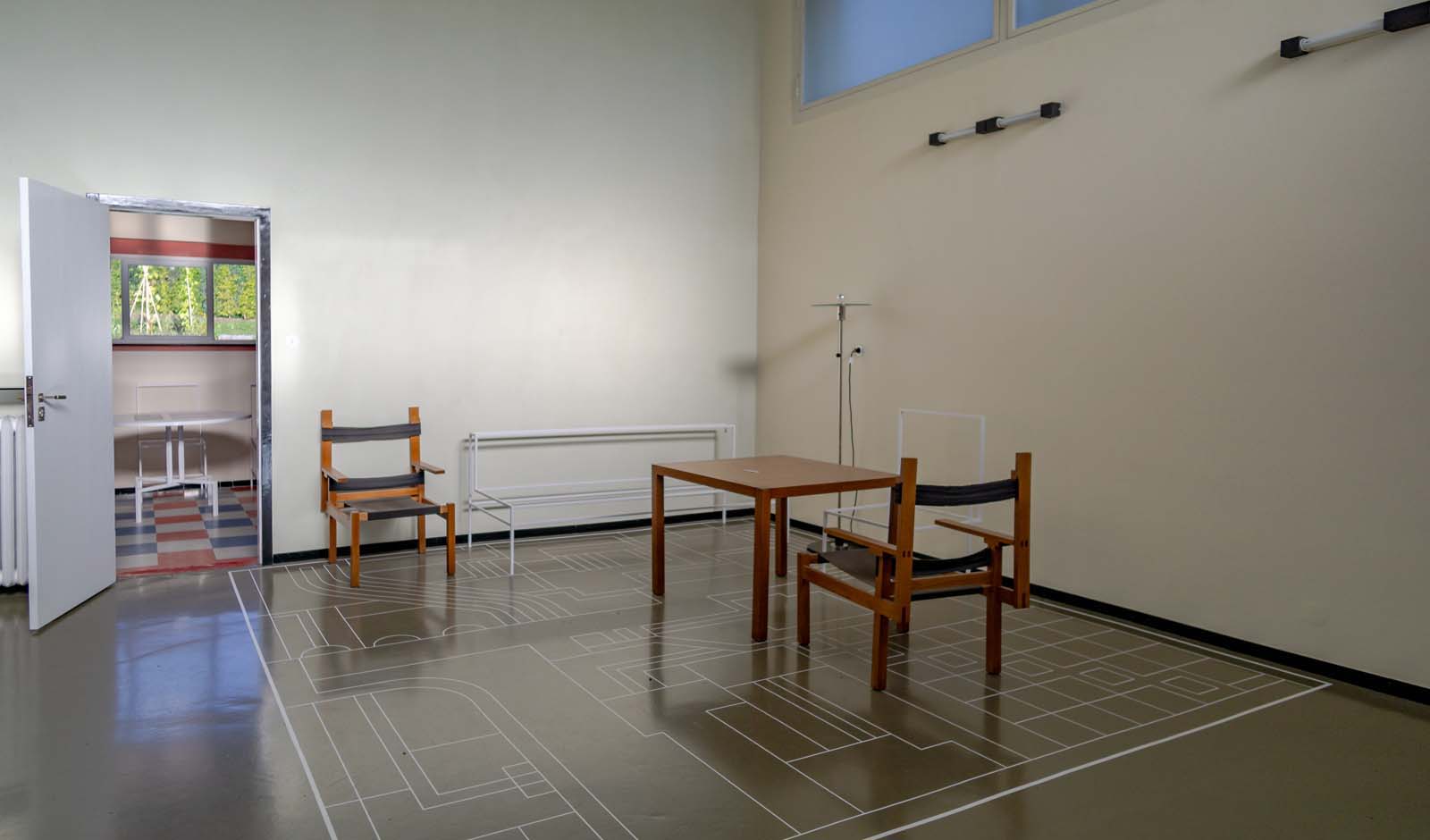 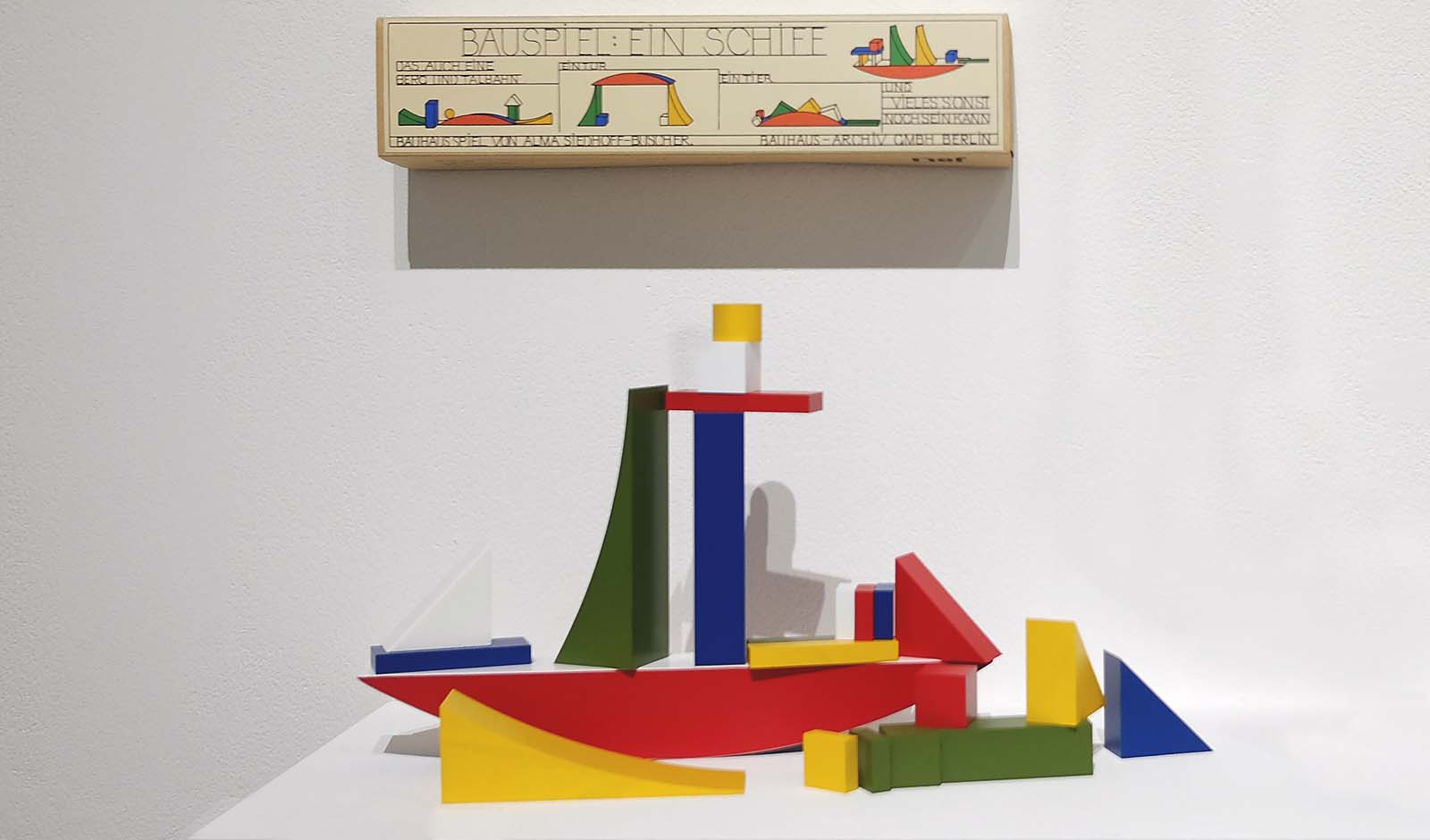 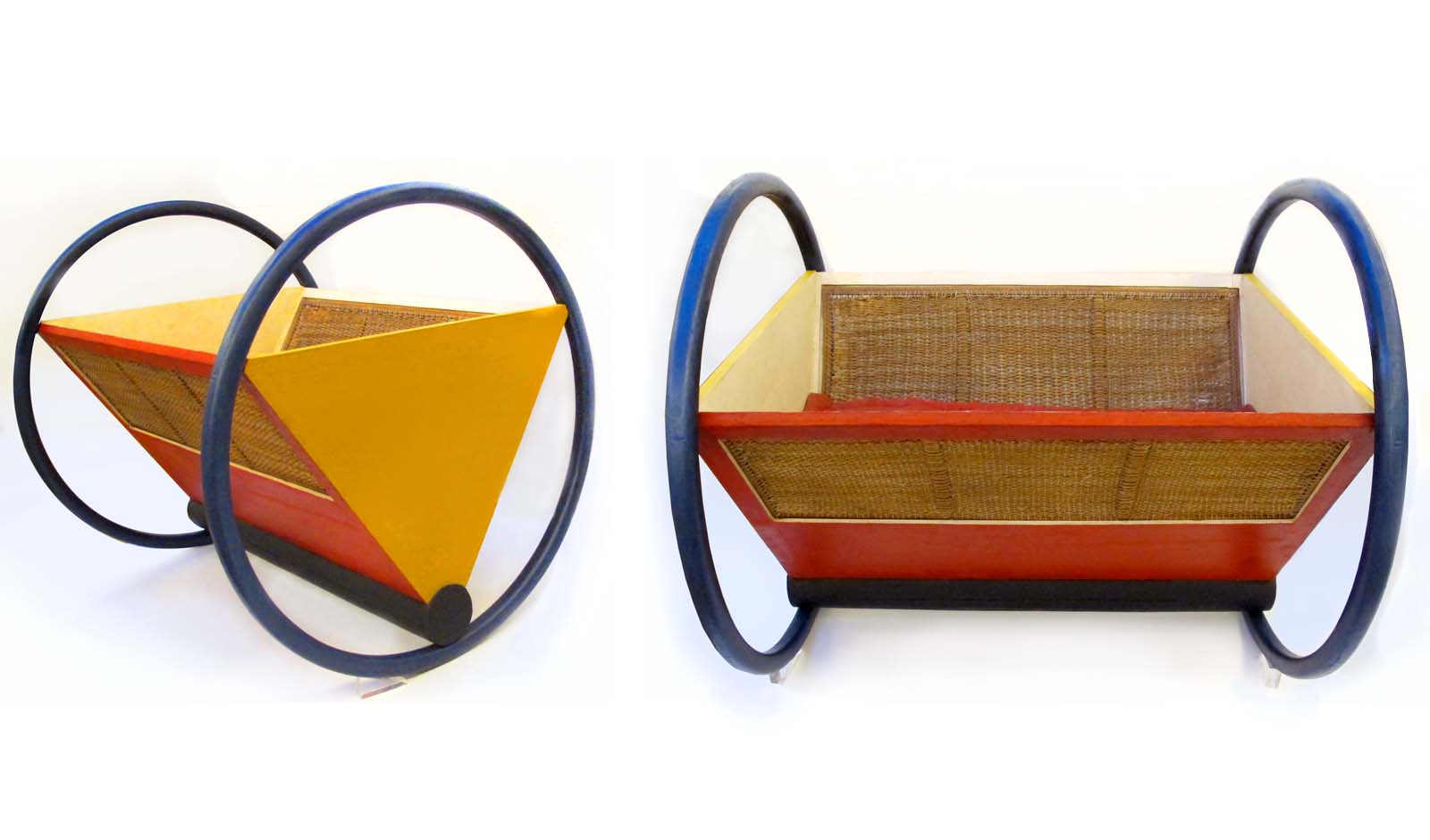 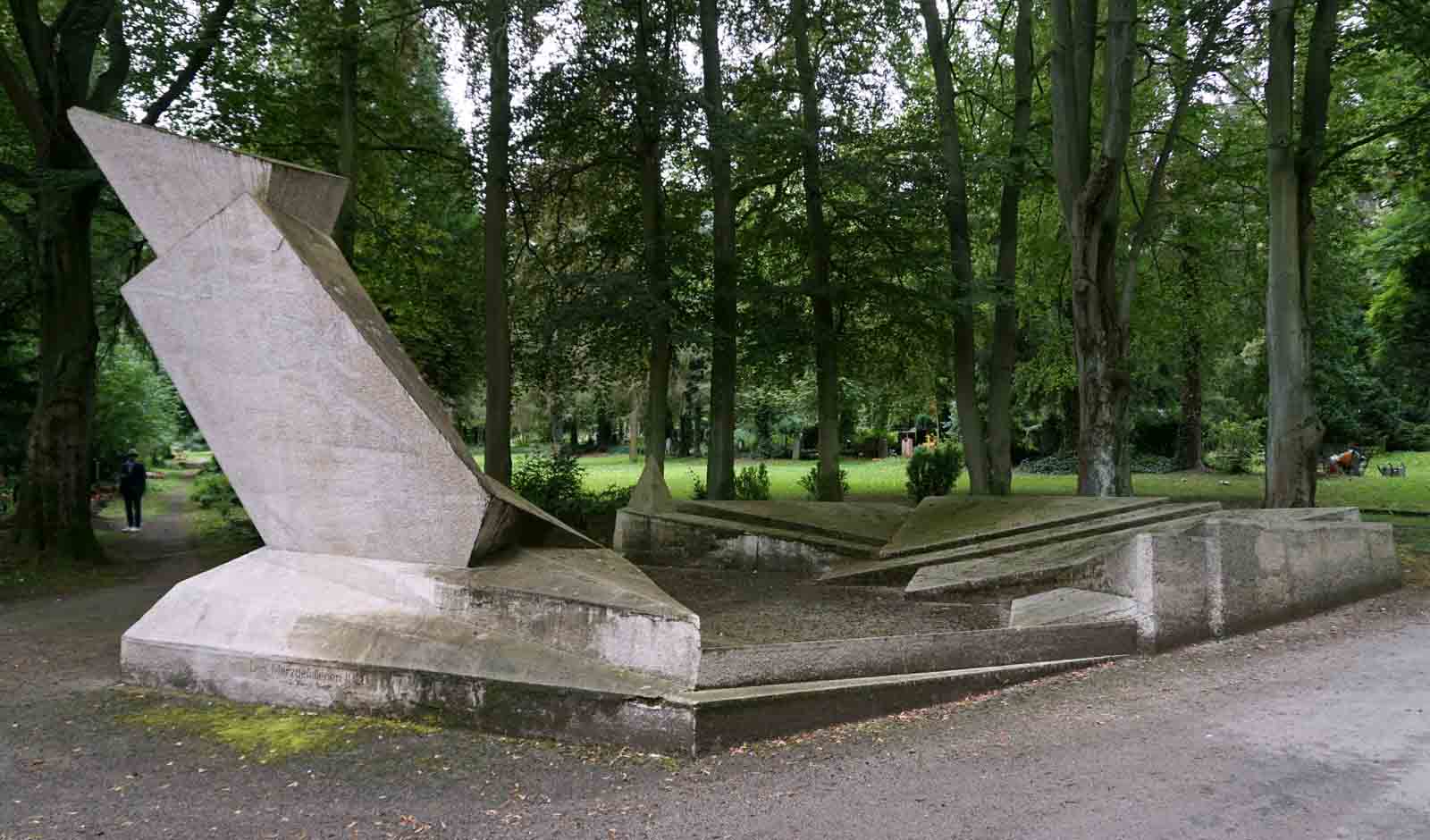 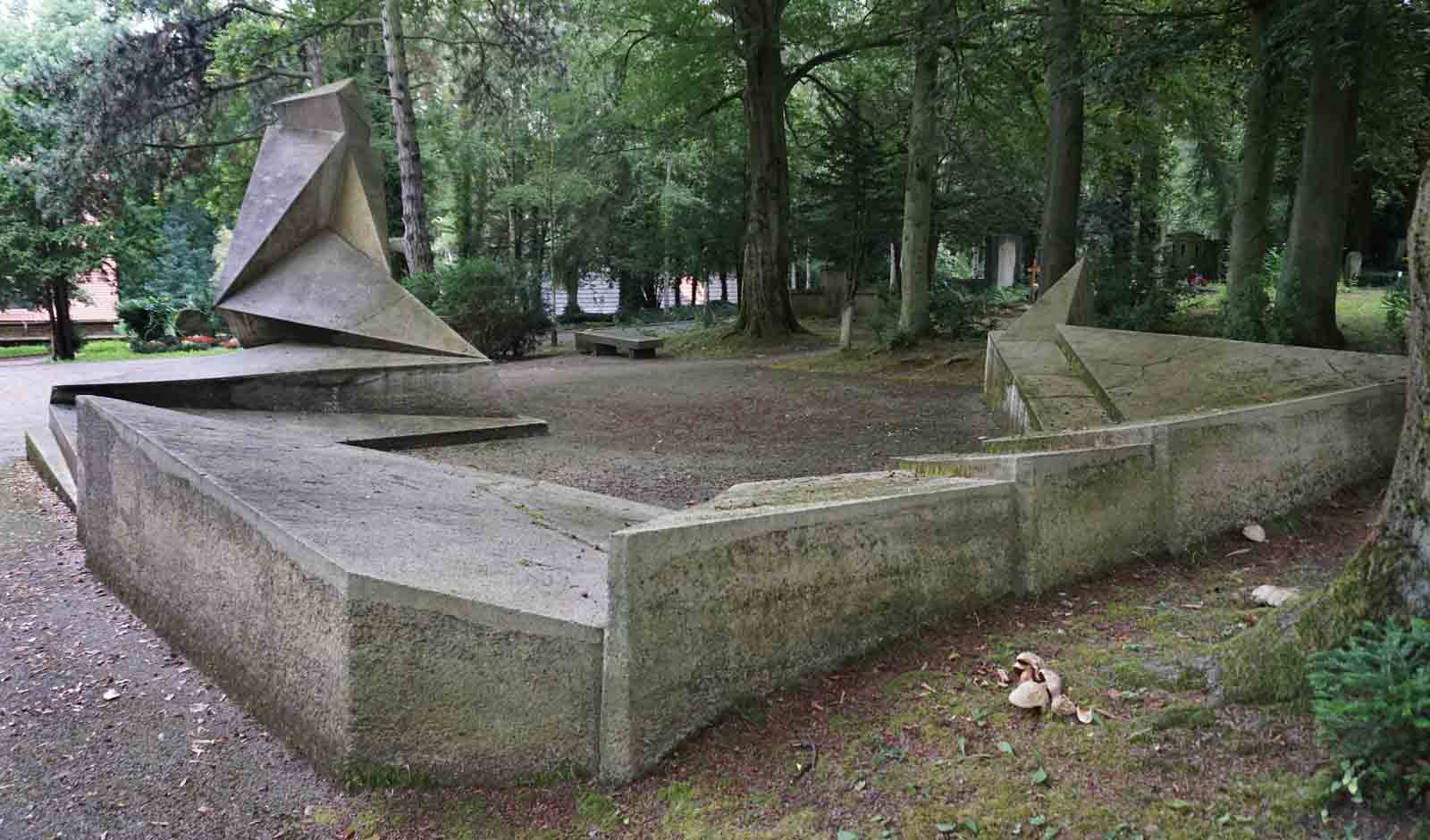 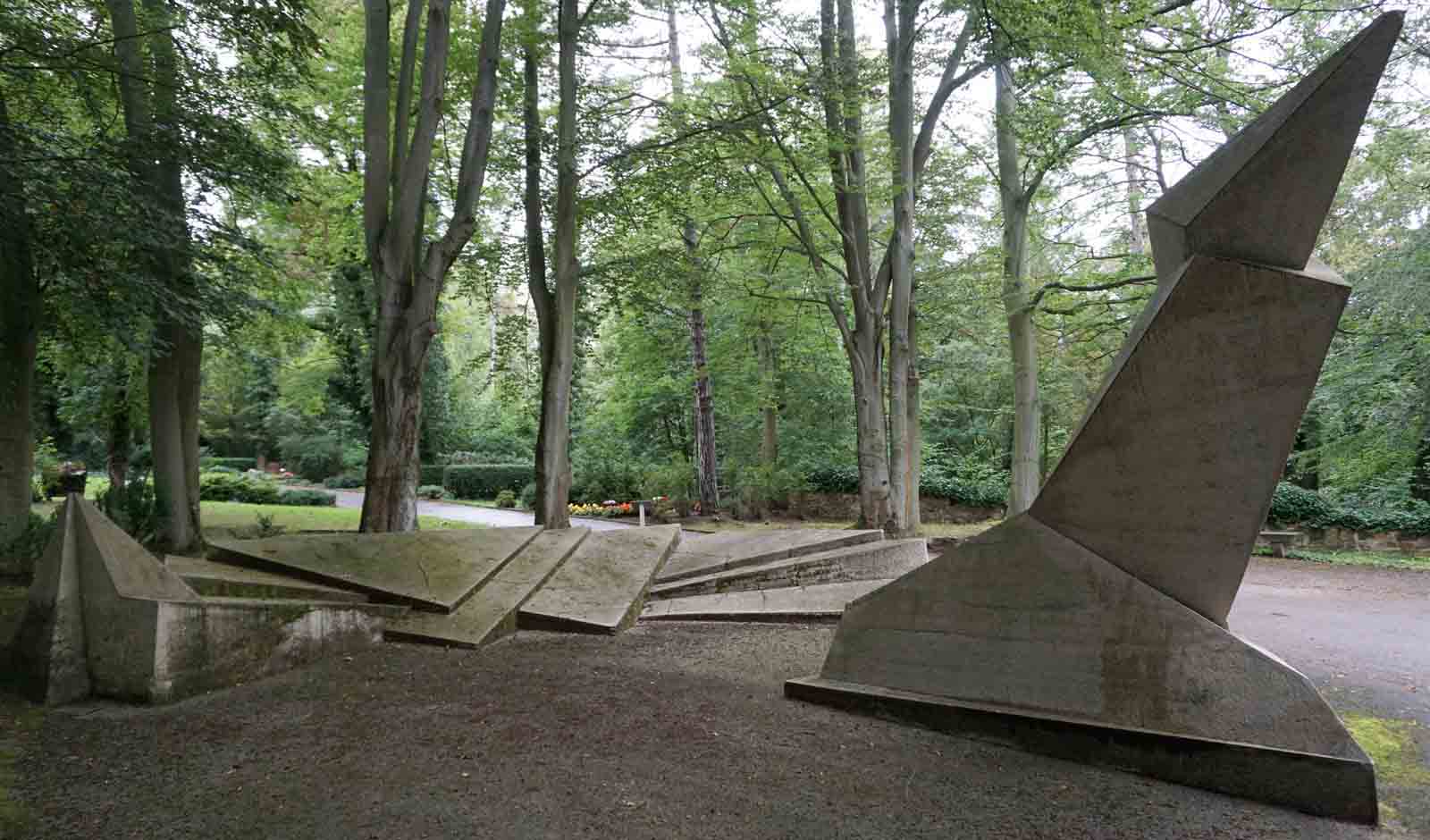 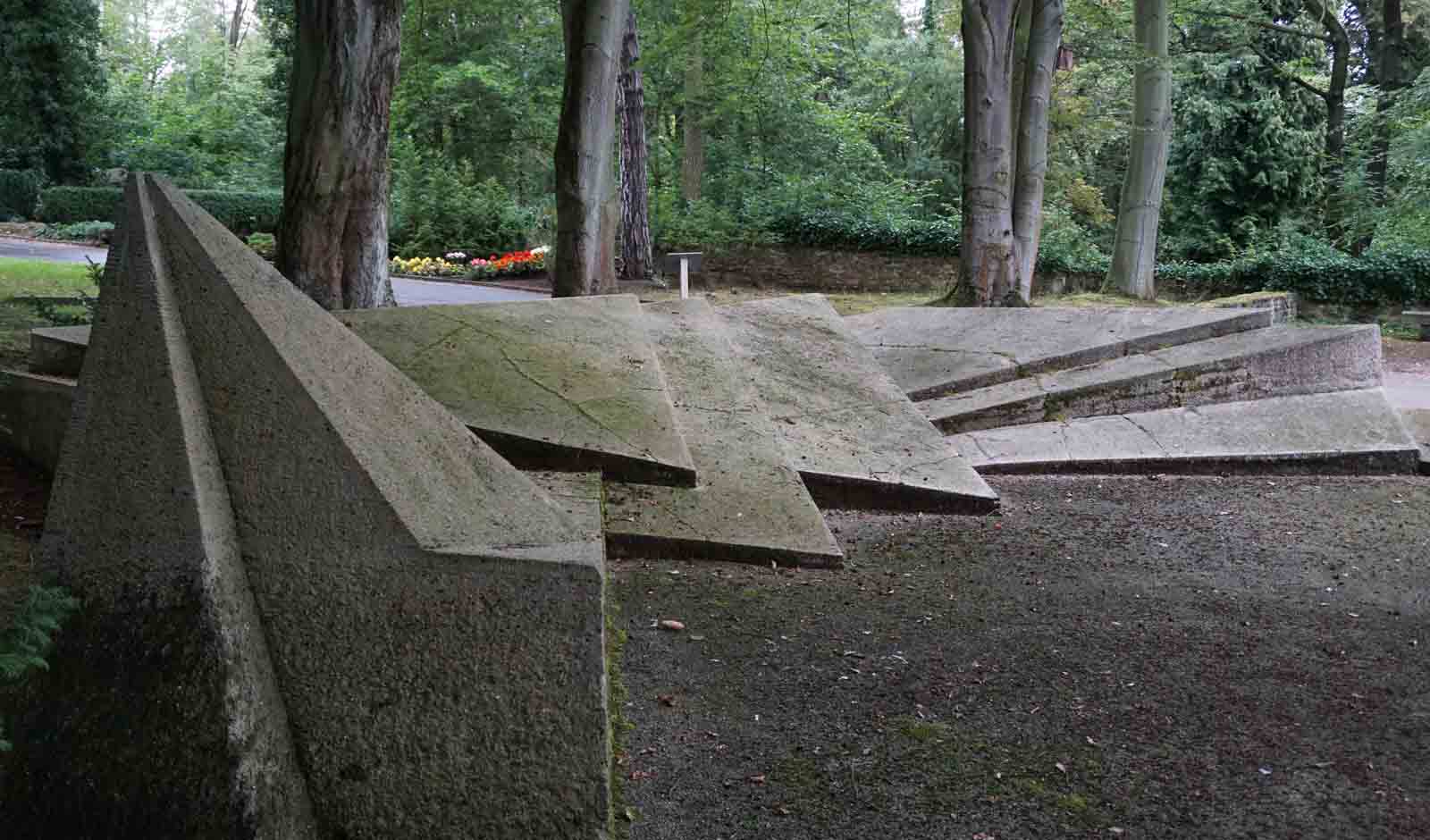 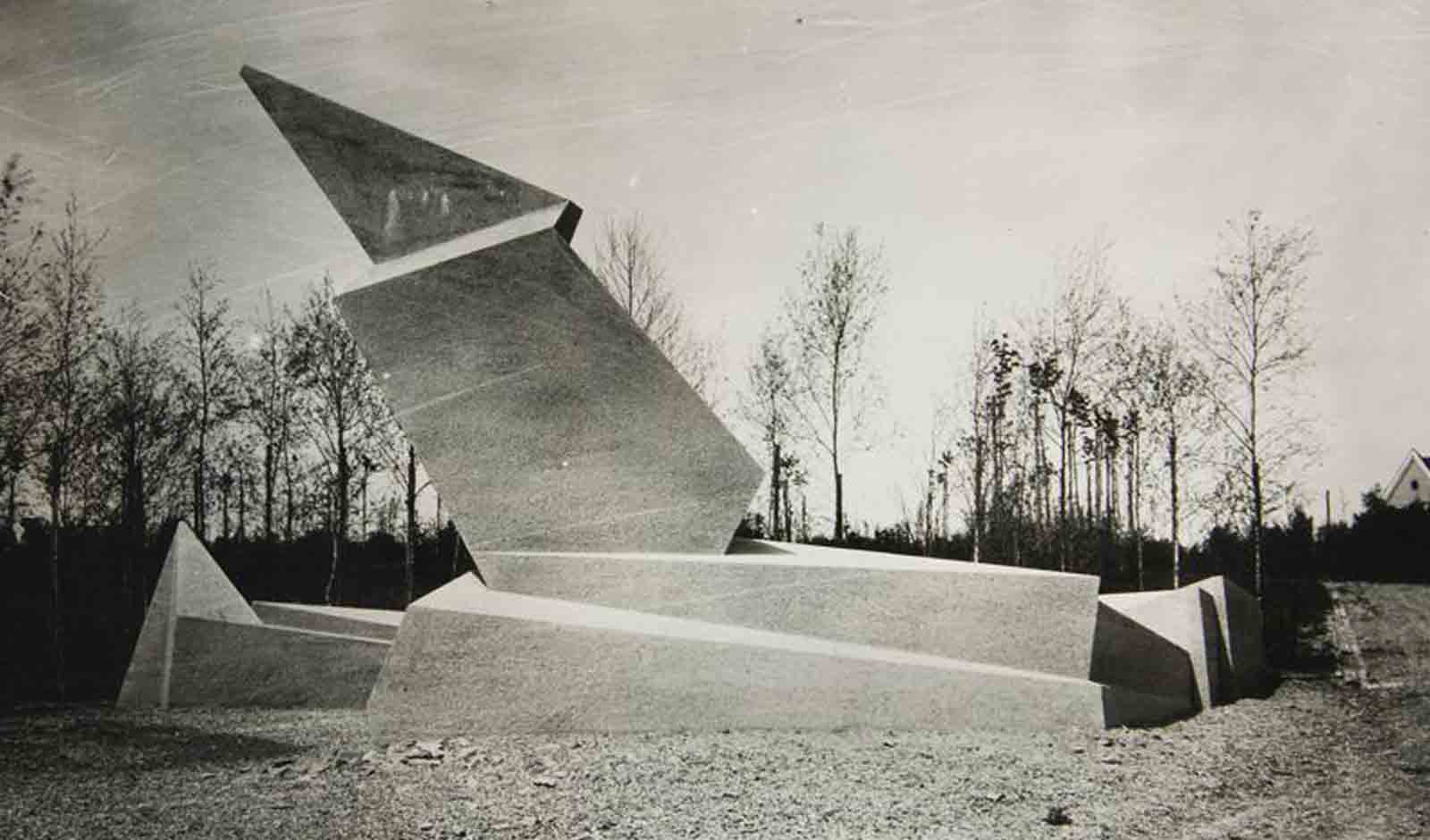 Monument to the March Dead
1922
Address: Historischer Friedhof Weimar, 99425 Weimar
Design: Walter Gropius
The Weimar City Museum called for a monument for victims of a coup in March 1920, and Gropius’s design office submitted a “lightning strike” as a symbol of a lively spirit. It was created in March 1920 and completed and installed in May 1922 at the Weimar Central Cemetery. In 1936, the Nazis destroyed the monument, which they regarded as “degenerate art” from National Socialism. In 1946, it was reconstructed with a slightly different form of concrete. Visitors can stand in the center of expressionism of modeling.
Photograph credits:
Monument to the March Dead © Yuki Sugihara
Black and white photo, public domain.
The texts and photos are reprinted and revised from “NICHE 04,” Opa Press.
© ATELIER OPA Co., Ltd. Reproducing all or any part of the contents is prohibited.